For a hypnosis app to be considered as a medical device, a number of efficacy proofs is required. The longitudinal study was designed to investigate the effect of daily hypnosis via app on sleep onset and sleep maintenance disorders. Three measurement time points were chosen for this purpose.

During the first two measurement time points, the hypnosis app was used daily before bedtime and sleep behavior was objectively measured using a sleep mat. An alternative group (placebo group) listened to a fairy tale every night before sleep. A third control group listened to nothing.

It was supplemented by valid subjective scales of sensation. Surveys at T0, T1, and T2 were composed of a combination of three validated questionnaires: the Pittsburgh Sleep Quality Index (PSQI), the Insomnia Severity Index (ISI), and the Multidimensional Fatigue Inventory (MFI).

Implementation of the Study:


The randomized-controlled pilot study (on the effectiveness of the Hypnobox app on sleep disorders or problems) applied electronic sleep tracking with the Withings Sleep Analyzer that testers used at home.

Testers who were open to hypnosis and met the criteria for insomnia (sleep disorder) according to the DSM-V psychiatric classification system were studied. Night shift occupations and substance use as well as certain illnesses had an exclusionary effect. 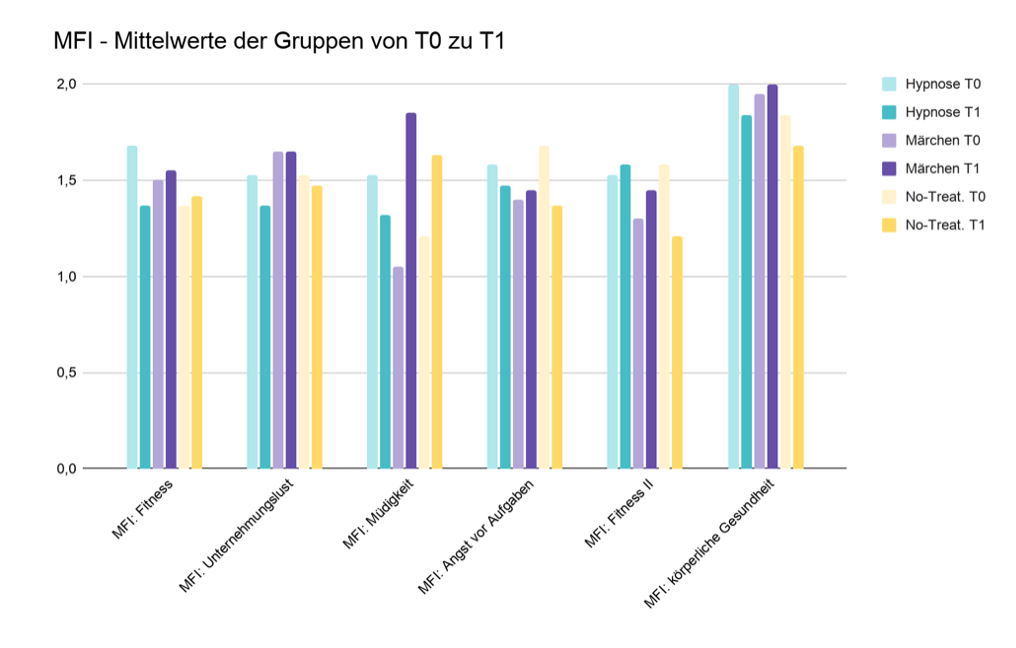 The placebo group showed a significant improvement in their sleep patterns.

The control group remained unchanged in all areas.


Follow-up results confirmed a medium-term effect of the hypnosis intervention over four weeks. The placebo group worsened again after four weeks in the perception of everyday life (MFI). 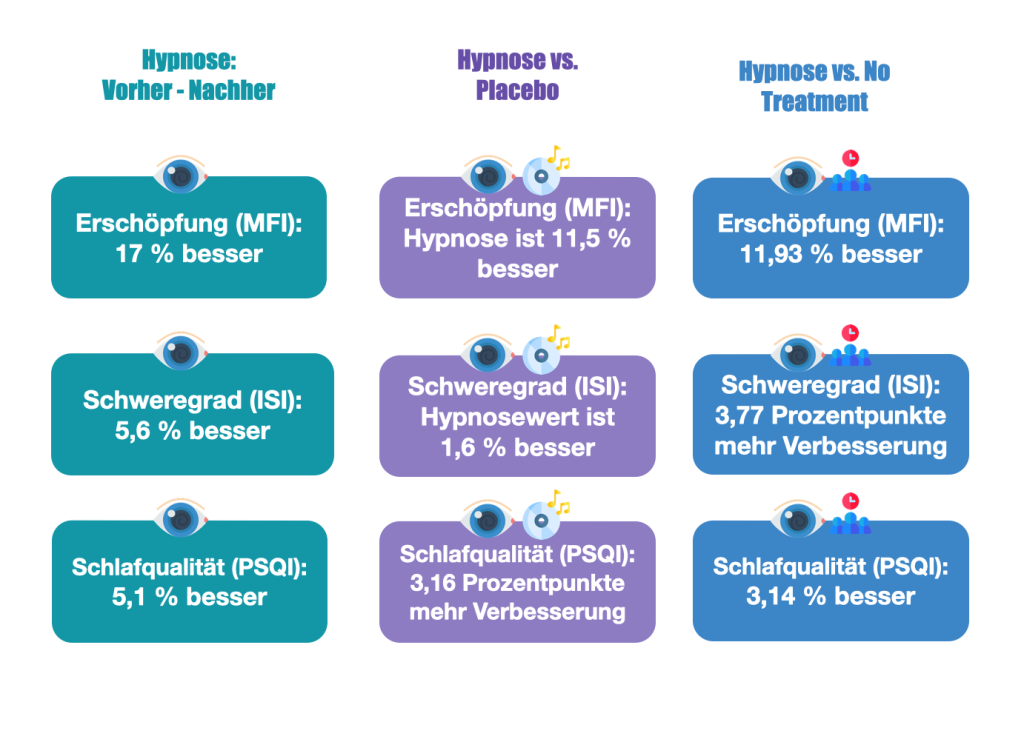 Hypnosis is suitable for use in sleep disturbance problems. The greatest effects are seen on everyday feelings in terms of the degree of exhaustion (MFI scale).